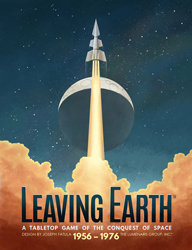 The year is 1956. Mankind stands at the dawn of a new age, the Space Age, when the flying bombs of yesteryear will become the rocket ships of tomorrow. As the director of a national space program, your country is depending on you for success in this great contest. You may be the first to create an artificial satellite, send a probe to another planet, or even put a man on the moon.

Leaving Earth™ is a game about planning and about managing risk. With even a single grand journey into outer space, you might claim victory in the game. Consequently, it is your job to plan each journey carefully, finding the cheapest, quickest, and safest ways to reach your objective — but do not spend too long preparing, or another nation might reach their goal before you.

On your turn, you will be conducting research, building spacecraft, and directing journeys into outer space.

Now including the Mercury mini-expansion! 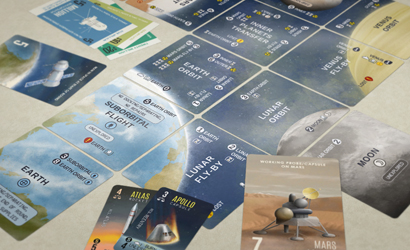 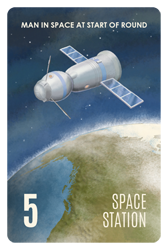 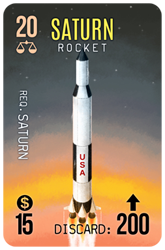 Read the rulebook and learn all about how the game is played. Read reviews, follow news, and ask questions on BoardGameGeek's Leaving Earth page.

"Leaving Earth has my mind constantly churning – this design has the right stuff." –Steve

"The best solo experience I've had, hands down!" –Brian

An expansion for Leaving Earth™, focusing on manned exploration and habitation of the inner Solar System.

Explore the giant planets of the outer solar system all the way into 1986 in this extensive expansion for Leaving Earth™. Visit the four great moons of Jupiter, see the rings of Saturn, search for life on mysterious Titan, and fly by the distant planets Uranus and Neptune.

If you bought a copy of Leaving Earth in 2015, it's not too late to visit the planet Mercury with this mini-expansion. (Now included in the base game.)

Embroidered patches of the diamond logo from Leaving Earth, approximately 21⁄4″ × 4″. 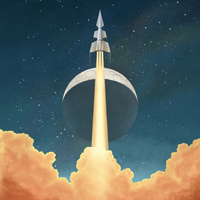